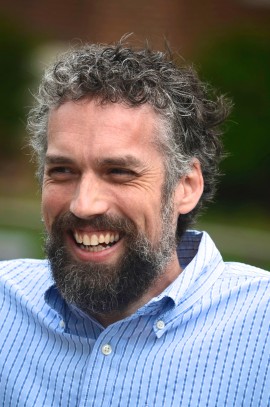 Shane Seely directs the MFA program at the University of Missouri–St. Louis. He was born in 1972 along the Grand Army of the Republic Highway, beneath a sky draped by the Milky Way. He was educated in Pennsylvania and Kansas before attending the MFA program at Syracuse University, where he met his wife. In 2002, they moved to St. Louis, and Shane began teaching as an adjunct. He joined the UMSL faculty in 2012. He and his wife live in the picturesque suburbs of St. Louis with their daughter and dog.